Many assume that mandatory coverage will improve state and local government finances.

Mandatory coverage is a massive unfunded Federal mandate on State and local government.

Proponents of mandatory coverage typically seek to minimize its negative impact by suggesting that only 13 (some reports site 15) states have non-covered employees. However, non-covered employees can be found in all 50 states according to data from the Social Security Administration.

As a result, a Federal mandate of this magnitude will likely raise taxes, reduce services and/or undermine the retirement security of millions of public workers throughout all 50 states.

According to research done by the Segal Company, the cost of this mandate has been steadily increasing since it was first calculated in 1999. In fact, the most recent cost estimate – $53 billion
over a five-year period – represented a 100% increase from the 1999 report. 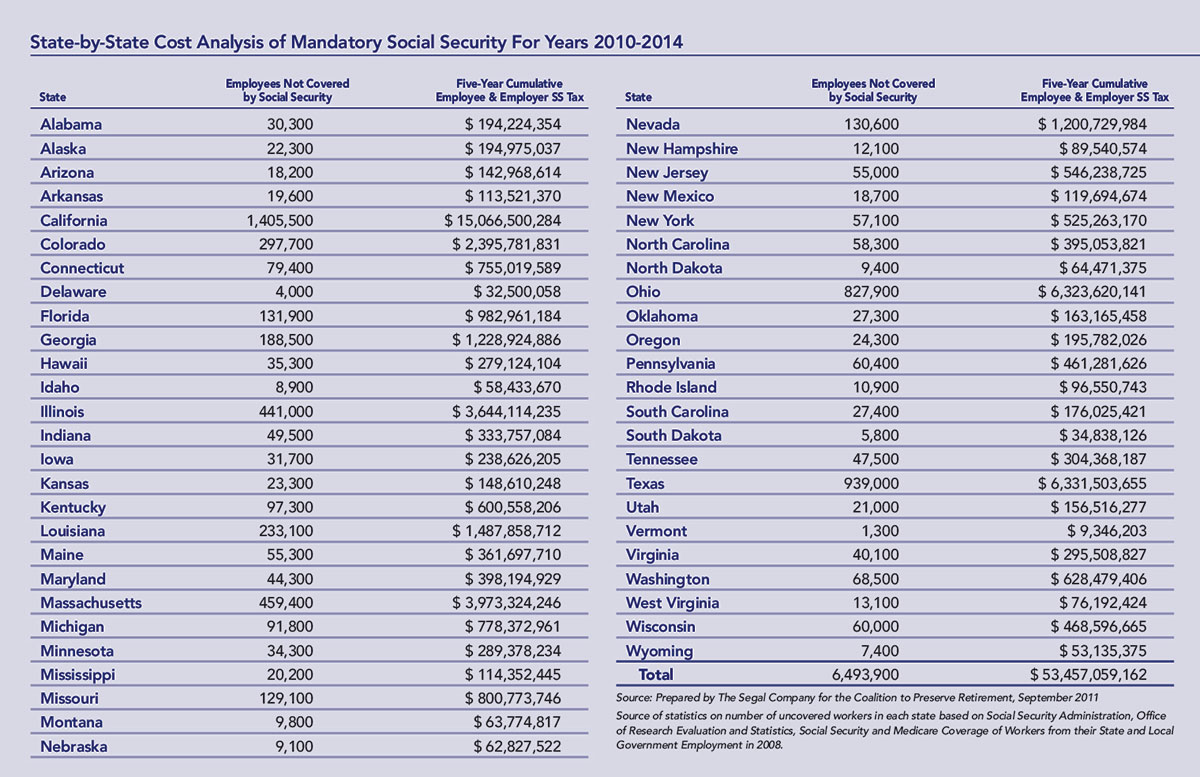 Improve the retirement security for millions of public workers.

Enhance the benefits provided to the public sector workforce.